The traditional celebration of Halloween has associated a host of curiosities that we practice every year, but probably no one has stopped to think about what is really its deeper meaning, its roots.

Both the etymological meaning of Halloween, as the terrifying symbols have their own history, which has been adapted over time to our present age.

The word Halloween comes from All Hallow’s Eve, festivity celebrated on the night of October 31st and it is associated with many rituals… and symbols related with death. 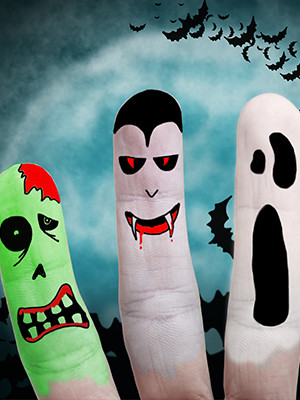 Halloween has its greatest impact in the USA, but many similar traditions that are celebrated in different parts of old Europe took place before the arrival of the influence from this country. For example, the Celtic celebration of the end of the harvest season and the beginning of the Celtic New Year known as Sambain, or the Spanish pagan traditions associated with spirits in Galicia (Meigas or The Holy Company), or many other Spanish towns that have pilgrimage ceremonies towards the cemeteries carrying lights to guide the dead. 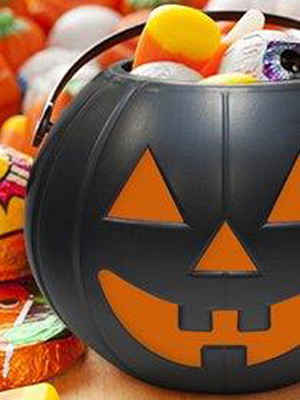 Jack or Lanteru is the name given to the pumpkin, hollowed and carved by hand that illuminate the houses with a candle inside, in order to ward off evil spirits. As a curiousity, at the beginning it was a turnip instead of a pumpkin. This symbol is the reflection of a horror story, the legend of Jack. One of its most extended versions tells how Jack, a wicked man that is not accepted neither heaven nor hell after his death, is condemned to wander the world without head, carrying a sinister pumpkin. 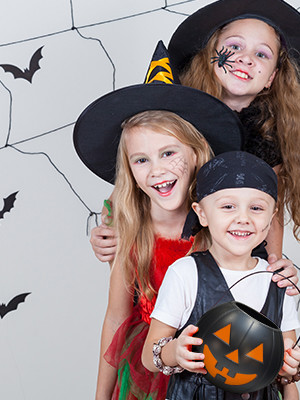 On Halloween night, costumed children knock at the doors of the homes shouting “trick or treat“, seeking for candy or sweets. Its origin dates back to the Middle Ages, where Christians went from village to village begging for bits of sweet bread or “soul cakes” to pray for the soul of the deceased. The “trick or treat” was one of the latest elements that are associated with the celebration of Halloween in the United States and the first records date from 1920, but it only became popular and spread into the United States after the Trick -or-Treat campaign for UNICEF in 1950.

So when the next October 31st some little devils knock at your door, you better have prepared a few sweet and terrifying lollipops from Dekora.

This website uses cookies to improve your experience while you navigate through the website. Out of these, the cookies that are categorized as necessary are stored on your browser as they are essential for the working of basic functionalities of the website. We also use third-party cookies that help us analyze and understand how you use this website. These cookies will be stored in your browser only with your consent. You also have the option to opt-out of these cookies. But opting out of some of these cookies may affect your browsing experience.
Necessary Always Enabled
Necessary cookies are absolutely essential for the website to function properly. This category only includes cookies that ensures basic functionalities and security features of the website. These cookies do not store any personal information.
Non-necessary
Any cookies that may not be particularly necessary for the website to function and is used specifically to collect user personal data via analytics, ads, other embedded contents are termed as non-necessary cookies. It is mandatory to procure user consent prior to running these cookies on your website.
SAVE & ACCEPT
Go to mobile version